Super excited to interview shoe designer and founder, Katie Harland of Rogue Matilda. I love her brand. I am a massive fan of flat shoes, much preferring them over heels!

Lets walk and talk with her and find out more…

Favourite desination to walk to and why?

I would have to say the Albert Bridge. It’s just too beautiful. I also love anywhere along the river in general, which probably stems from my first job in London as I used to get the boat to work in Canary Wharf. It was amazing on a commute to go past all the sites in London you rarely see as a resident – the London Eye, Parliament, City Hall, the Tower of London and Tower Bridge… It makes you fall in love with the city all over again.

If you could be in anybody else’s shoes who would it be and why?

Kirsty Young. I think she’s got the best job in the country!

What is your favourite shoe from your current line and why?

From the current collection I would say the Bonbon brogue. I love the idea that a predominately masculine shoe could be so wonderfully feminine, and the suede upper means that they are buttery soft even when worn without a sock.

How did you come up with the name for your brand?

The word ‘rogue’ was something that materialised pretty organically. Initially I was making brogues for women but with a playful twist – brogues gone rogue – and I like the way that word was spelt almost the same ‘brogue’ (can you tell I used to work in advertising?!). Matilda is my middle name, albeit not in an instantly recognisable way. It also helps me in terms of design and marketing as I’ve built up a picture in my head of who ‘Matilda’ is, what she would wear and where she would go etc.

If you could walk and talk who would it be with and what would you chat about?

I would love to walk along a beach in England with Dawn French. I’ve always been a huge fan of hers and totally fell in love with her attitude to life after listening to her on Desert Island Discs.

First accessory you ever bought and why?

I’m not sure this counts as an accessory (although I definitely felt that it was at the time!) but I had an amazing red fluffy pencil case at school that was my pride and joy.

If you could step into someone’s shoes for the day who would it be and what would you do?

I would go back to 1997, step into Mel B’s buffalo boots and go on tour with the Spice Girls. It would obviously be infinitely better if four of my friends could also step into the other Spice Girls shoes too, but I would absolutely love to go into hair and makeup and get dressed up in their tour outfits before performing to a sold out arena. The atmosphere would be electric and there would be no smart phone screens!

Do you remember your first pair of shoes, what were they etc?

I don’t remember my first pair of shoes but I remember dying for a pair of Kickers brown loafers at school when I was 8. Mum wouldn’t let me have them because they had a high heel so I was stuck in my black Rhinos, but I think that’s the first time I really craved a certain shoe. Hilarious when you think how ugly they are!

Stepping in or out?

100% stepping out. If I was to go out nothing beats a session in a good English pub with a large group of friends, followed by a bit of dancing and a pizza (what can I say – I’m a cheap date)

If you could see anybody wearing your shoes who would it be and why?

Iris Apfel. Something I’ve found since starting the brand it that style is more state of mind than a skill and is totally ageless. Style also doesn’t mean dressing in paired down, expensive designer clothing or identically to every other fashion blogger on instagram who religiously follow trends. Iris Apfel is 96 years young and still dresses with more panache than anyone else I know. This humorous and experimental approach to fashion is something I really admire and I like to utilise and experiment with in my designs

With huge, special thanks to @saramckinnonphotography for capturing Katie. Shot in Battersea. April 2018

On Coco Chanel @the.independent @chanelofficial and her extensive career and how she changed fashion for eternity #quotes #fashionexpert #chanel

Lockdown Love 💕 being sent to you… I am really not very good at posting on Instagram at the best of times, however its one of my new years resolution to engage more with you...

Me and my pots are popping up today @thisishomeworks in Queens Park. Come and say Hi... #shopsmall #christmaspresents

Oh to be in California right now.. 😔 Throwing it back to a job I did for @expedia when travel was a thing. This was an outfit I put together for them...

New Post ✨ Brilliant new TV show, a remake of High Fidelity starring Zoë Kravitz. Her character has the most epic style. A mixture of vintage, thrift with a splattering of High Fashion. It’s the...

Zoë Kravitz thrift style in the new TV series, High Fidelity is a No.1 Hit. | Fashion Stylist Blog | Alex Longmore
OK, so the remake of Nick Hornby’s 1995 book and the 2000 John Cusack Movie is beyond epic. The new…
alexlongmore.co.uk
2    View on Facebook

The ultimate fashion guide to dressing for Royal Ascot
‘The rules are really simple but strict’
independent.co.uk
3    View on Facebook

In reply toAmazon Help
November 4, 2020 at 3:04pm
@AmazonHelp a driver called to say he was delivering my order he then delivered it to a totally wrong address even after me telling him over the phone my address. I went to the address it said it was miss delivered to and it’s not there. INFURIATING considering lockdown tomorrow!
View on Twitter
1
0

In reply toChristine Rose
July 25, 2020 at 9:54am
@xtine_rose I’ve just recieved one of these through my letterbox this morning. Did you ever find out who it was from? Or what it’s about? Very strange!!
View on Twitter
0
0

Alex Longmore @alexlongmore
June 24, 2020 at 10:53am
So saddened to hear the news of Rose Paterson's death. My thoughts are with her family. I worked with Rose for @AintreeRaces @grandnational on a project a few years ago. A very kind woman, brilliant at her job and i will remember her fondly.
View on Twitter
0
3

Alex Longmore Retweeted · Tom Pride @ThomasPride
May 25, 2020 at 1:40pm
Questions journalists should be asking #DominicCummngs
1)Why couldn't your wife drive?
2) Why couldn't your niece come to London?
3) Why did you drive when you had poor eyesight?
4) How can a 4-year-old go from London to Durham without a toilet break?
5) How is going even ...
View on Twitter
991
0

In reply toZoe Isabella Kravitz
May 5, 2020 at 8:52am
@ZoeKravitz style in the remake of #highfidelity is epic. Your going to want to emulate it. Here’s how: https://t.co/hS9tGupfrP
View on Twitter
0
0

Alex Longmore Retweeted · Nicola Jack @nicolajack30
February 15, 2020 at 6:36pm
@LoveIsland You should pull the plug on this series out of respect. The show will look and feel ridiculous and insensitive. Really puts everything into perspective. Be kind people.
View on Twitter
198
0

Alex Longmore Retweeted · Victoria Edwards @V1ckyEdwards
January 14, 2020 at 6:16pm
As lovely as Laura is, no one does #loveisland like @carolineflack1 #bringbackflack #CarolineFlack
View on Twitter
2
0 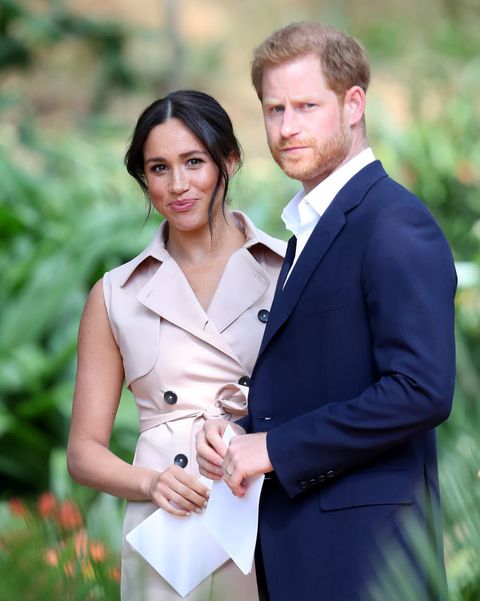 In reply toSiobhan 🇬🇬
January 5, 2020 at 6:06pm
@slinehan1 I think it’s Kate Upton.. US model whose got a weight training company 🕵🏼‍♀️ #TheMaskedSinger
View on Twitter
0
2

Alex Longmore Retweeted · Marianne Williamson @marwilliamson
November 5, 2019 at 7:26pm
In the words of Thomas Paine, "We have it in our power to begin the world over again.” So do we, if we’re willing to imagine the world as it should be and intentionally work to create it. https://t.co/2tAbB67Bm3
View on Twitter
33
0

Any cookies that may not be particularly necessary for the website to function and is used specifically to collect user personal data via analytics, ads, other embedded contents are termed as non-necessary cookies. It is mandatory to procure user consent prior to running these cookies on your website.